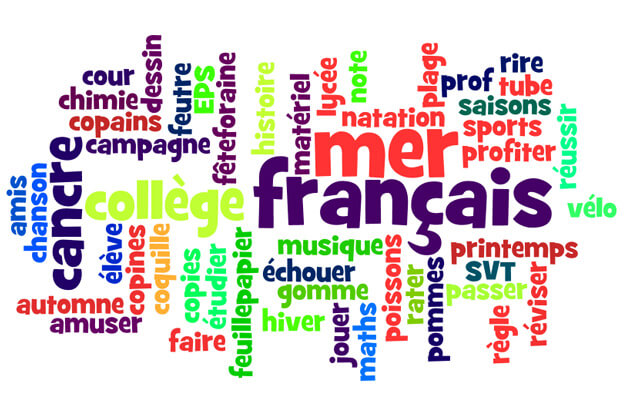 French belongs to the group of Indo-European Italic Romance languages, precisely to the subgroup of Gallo-Romance languages. It is the official language in more than 30 countries, as well as in the United Nations, the European Union and the International Olympic Committee. With about 110 million of speakers, it occupies the 9th place according to the number of speakers to whom French is their mother tongue. In addition, there are over 220 million of French speakers in the world, which puts him in 4th place. French is regulated by the French Academy. It is most similar to Italian language, but it is also estimated that French has about 13% of words from other languages.


For the purpose of improving and promoting French language, the Francophone High Council was established in 1984. French has many local dialects which are called “patois” and they are classified in three main dialect groups - Northern, Southern and Franco-Provencal dialect. There are also many regions in other countries around the world where some varieties of French language are spoken. For example, Belgian French, Jersey French, Swiss French are spoken in Europe; African and Maghreb French in Africa; Cajun, Quebec and Acadian French in America; Levantine French, then Cambodian, Vietnamese, Lao French in Asia...

Our court interpreters for French language are at your disposal when you need: