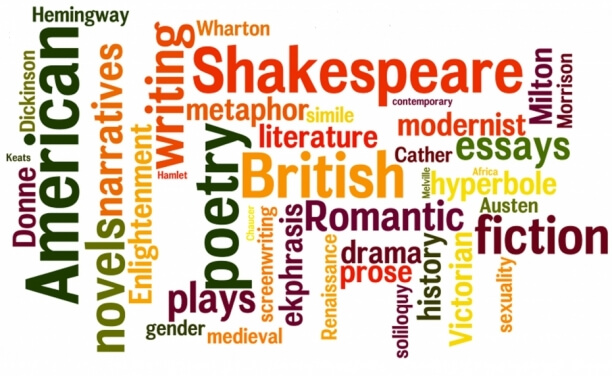 English language as the most widely spoken language is used across all five continents. It is the official language in 67 states and organisations such as the United Nations, European Union, European Council and many others.

The history of the English language starts with the arrival of Germanic tribes in the 5th century and their settling in Britain. In this period, Old English or Anglo-Saxon emerged as the language spoken by Angles, Saxons and Jutes, who settled across Britain after the departure of Roman legions. In the 7th century, the Anglo-Saxons converted to Christianity and adopted the Latin script.  The epic poem Beowulf was written in Old English by an unknown author. After the Norman conquest of Britain in the 11th century, French, as the language of Norman kings, had a major influence on the English language. The Norman influence left an indelible trace and lead to creation of the Middle English language, which Geoffrey Chaucer used to write “The Canterbury Tales”. The period of Modern English is assumed to have started with works of William Shakespeare, but also with the translation of the King James Bible.

Our team includes permanently employed English language court interpreters who are always ready to respond to your request for translation and certification of any type of documents.

Our English language court interpreters are at your disposal for:

We provide urgent translation of standard documents from Serbian to English, and from English to Serbian.

Documents that you send by 2 p.m. via email, the website request form, or that you deliver in person, can be translated and ready for collection in our offices by 5 p.m. on the same day.

Standard documents include the following:

Urgent translation will not be charged extra!

Take advantage of 20% off

We have prepared a special offer for all those who think on time and to whom the deadline for completion of the translation is not crucial – we approve a 20% discount for translations of standard documents from Serbian into English, and vice versa.

We do not approve the discount for the abovementioned urgent translations.