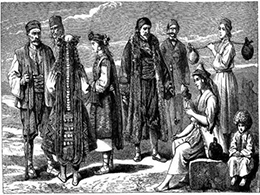 The Bulgarian language belongs to the indo-European group of Balto-Slovenian languages, and the subgroup is of the East-South-Slavic languages. There are almost 7 million native speakers, who use the Cyrillic Bulgarian letter. The Bulgarian language is spoken, except in Bulgaria, and in Serbia, Romania and Macedonia where it is recognized as a minority language. Then part of the speaker lives in Turkey, Greece, Ukraine, Moldova, Albania and other diasporas.

Bulgarian is the official language of Bulgaria, the European Union and Greece. The Bulgarian Language Institute at the Bulgarian Academy of Sciences is in charge of language regulation. The modern Bulgarian language is divided into Eastern and Western dialects, both of which have dialectical groups in both northern and southern forms.

In our team we have part-time Bulgarian translators, so we can always answer quickly when it comes to the need for urgent translations.

Our translators of Bulgarian language are at your service when needed: